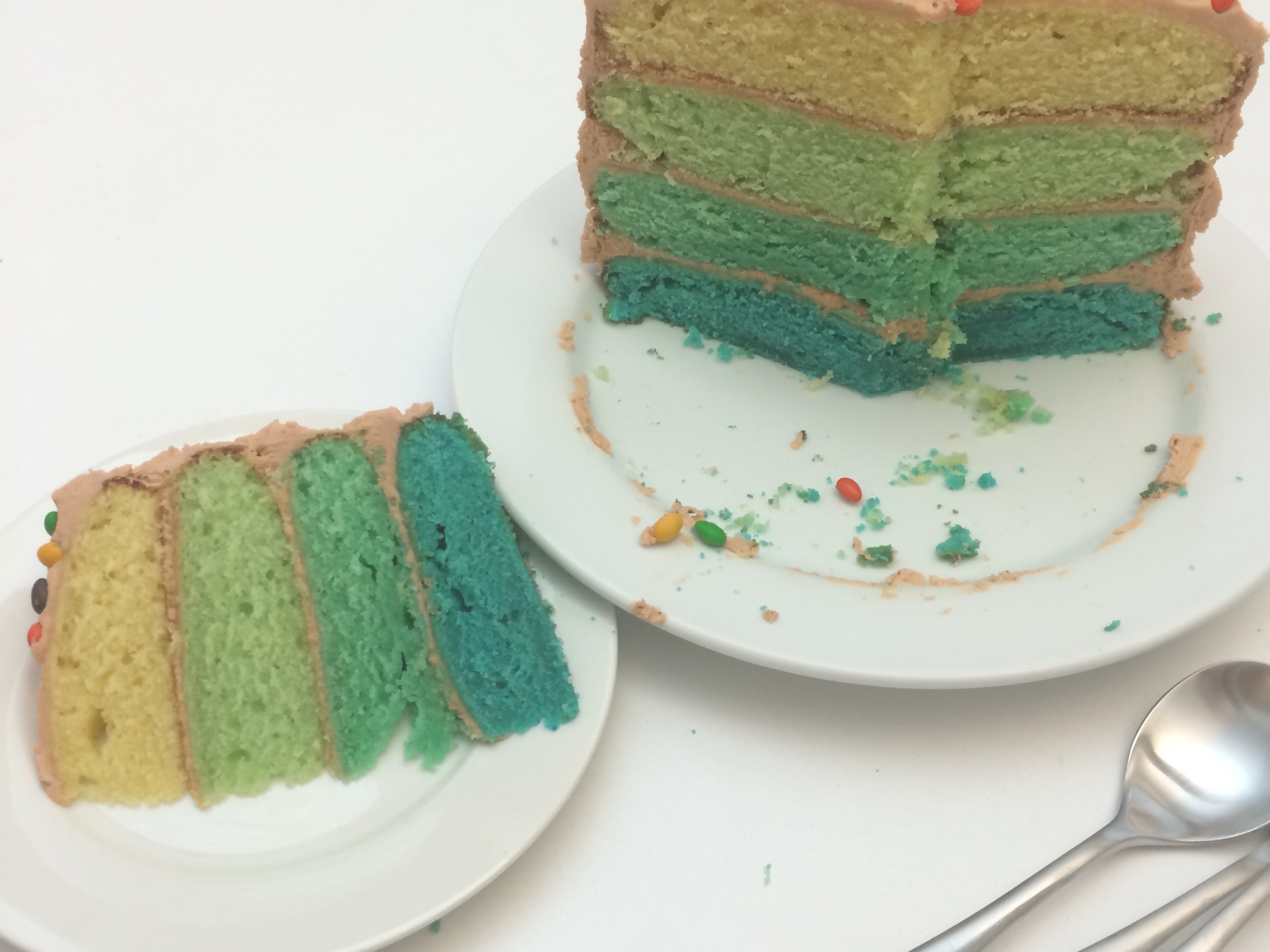 This is Isobel’s cake. 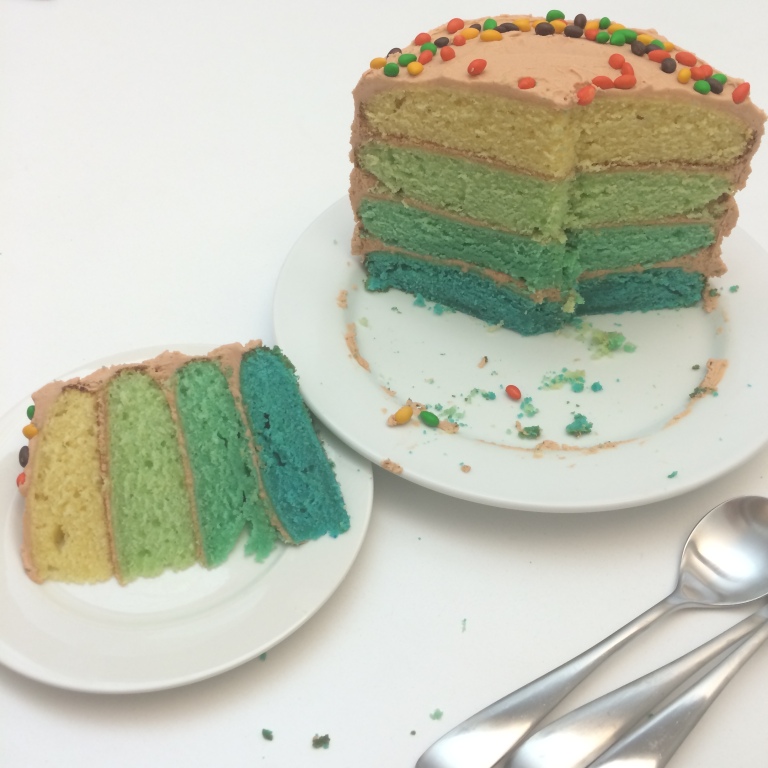 The cake: I doubled the recipe for Emily Loves Food’s White Chocolate Mud Cake to get four 22″ layers, which was Bess the KitchenAid Mixer’s maximum capacity. You could easily make 2/3 of the recipe below and have four thinner layers (or halve it and make three layers).

The frosting: I worked with the frosting part of The Cake Merchant’s Pink Almond Party Cake recipe and got just the right amount (which is a miracle! I always have half a litre left over). If you decide to make less cake, you’ll just have a bit of frosting left over. (Gosh, what a pity.)

Notes:
* (Don’t forget to test both cakes, and do keep an eye on them — I wasn’t really watching the clock and went mostly by the skewer test.)
**If the baking paper and butter worked as they should, you can carefully run a butter knife between the tin and the paper and just lift the bottom of the tin straight off.
***You can make the frosting ahead of time (the night before, for example) and keep it in an airtight container in the fridge. Just take it out and let it come to spreadable room temperature about 2 hours before you’re ready to assemble and/or serve the cake.
****If it’s really too dome-shaped, you can slice the top off to make it flat.

These are the recipes of The Lucky Baker.

Usually experimental. Never perfect. Usually dependant on what’s in season and what’s in (or not in) my kitchen. Lucky only in the sense that the more you work at something, the more fortunate the results.

...The Lucky Baker. An Australian in New York City. A proofreader. A baker of cookies and pies and cakes (sometimes). Still getting to know sourdough, Fahrenheit, and American butter.

With the able assistance of:

Serial Coma — with no agenda other than to share nice stuff from the interwebs.
Proof (v.) — writing about etymology, punctuation, and other wordy minutiae.